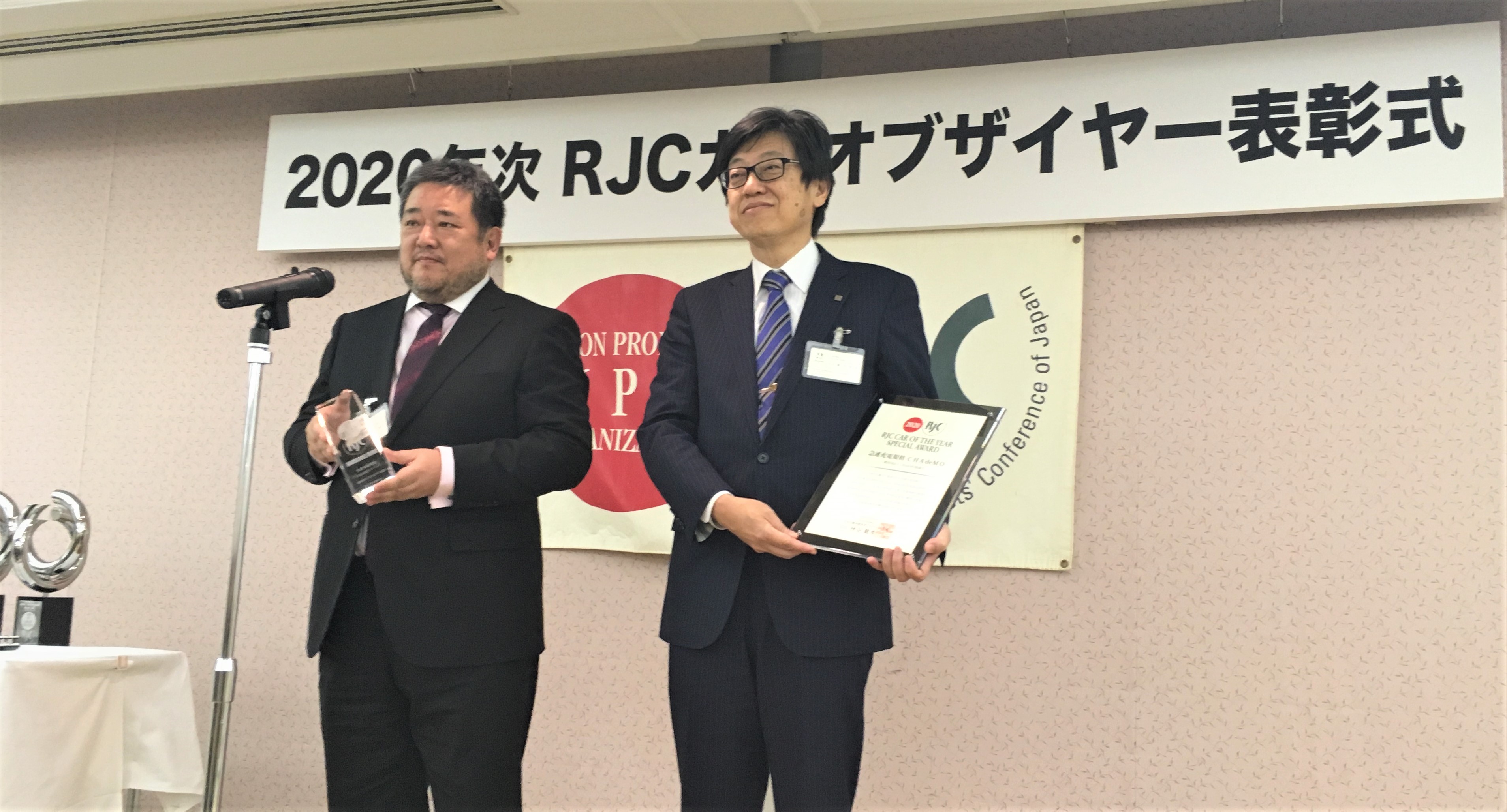 The Automotive Researchers’ and Journalists’ Conference of Japan (RJC) has selected CHAdeMO Association as its 2020 Special Award laureate. The RJC is a not-for-profit organisation established in 1990, consisting of Japan-based automotive critics and journalists, which, year after year, votes and selects the Cars of the Year (Japanese and Imports) and Technology of the Year. The RJC can also choose to award its Person of the Year as well as Special Award of the Year. CHAdeMO was selected as 2020 Special Award recipient because of the “important role it plays in accelerating electric vehicle adoption across the world.” The award describes its choice of awarding as:  “not only has CHAdeMO Association provided the very first fast charging protocol of excellent technical qualifications that are well accepted across the globe, but it also continues to evolve, including going to higher charge power.”

Today, close to 30 000 CHAdeMO chargers are installed in over 70 countries, developed by over 50 charger manufacturers in the world, and that’s not counting the over 7 000 V2X units. With the unique plug that’s the same across the world, CHAdeMO is the most widely used standard, compatible with 44% of all plug-ins in the world (as of the end of 2018).

The award-giving ceremony took place in Tokyo on 16 December, and Takafumi Anegawa, the Association’s president, and Makoto Dave Yoshida, CHAdeMO’s Secretary General, have received the award together. In his speech, Mr. Anegawa thanked the jury for the award and said, “We consider this to be an honour, because the award comes from a group of researchers and journalists, renown for its discerning eye and impartial judgements.”