CHAdeMO and the China Electricity Council signed the Agreement for general technical collaboration in the EV-charging infrastructure domain, including the co-development of ultra-fast charging standard 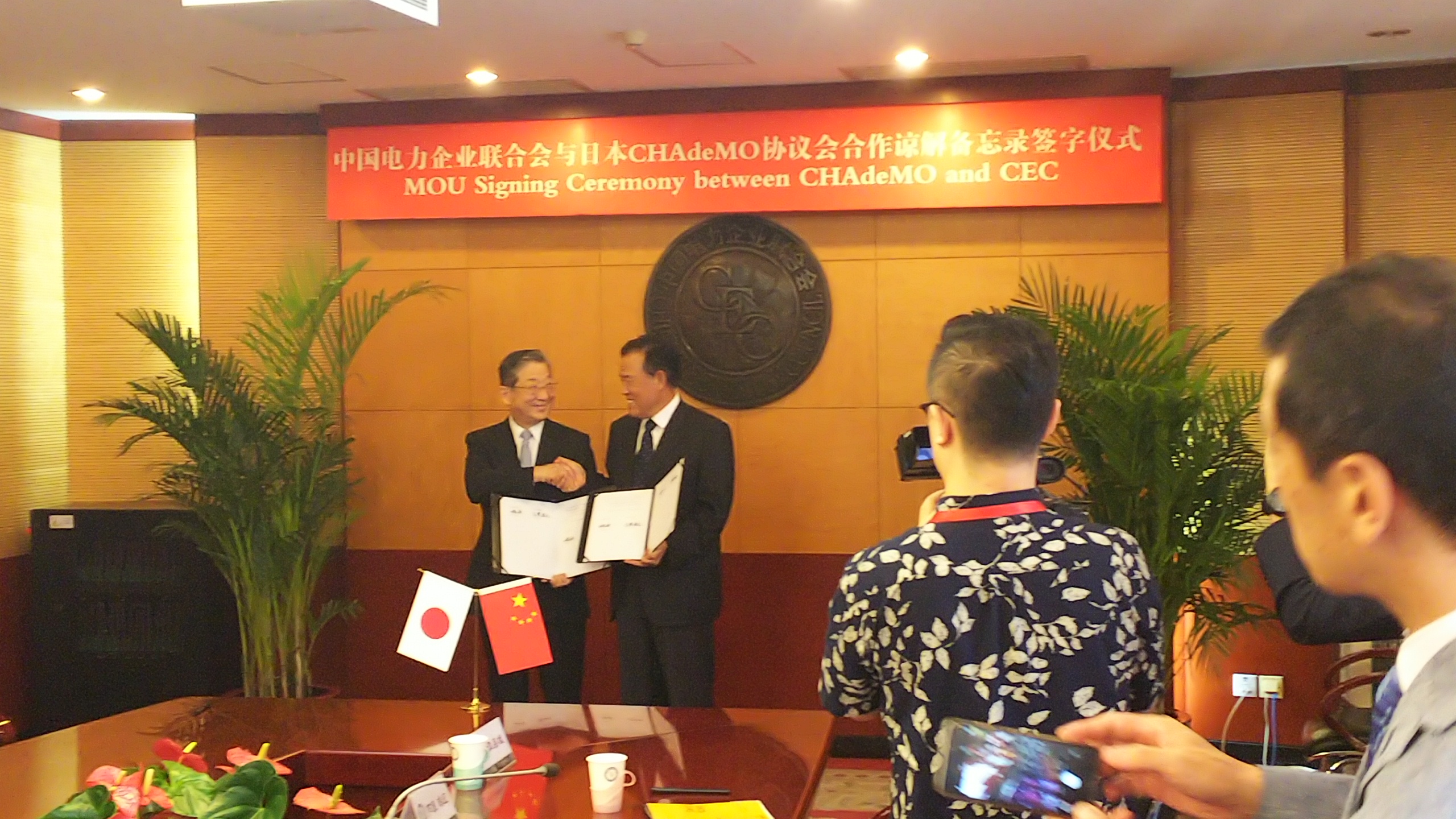 On August 28th, CHAdeMO Association and the China Electricity Council (CEC) have signed the agreement for the general technical collaboration in the EV-charging domain, including the co-development of next generation ultra-fast charging standard. In this ceremony held in Beijing this morning, CEC’s Executive President Kun Yang and CHAdeMO’s President Toshiyuki Shiga signed the Agreement, which encompasses general collaboration between CEC’s GB/T standard and the CHAdeMO standard and more specifically co-operation in the domain of high-power charging, in hope of harmonisation in the international standardisation arena.