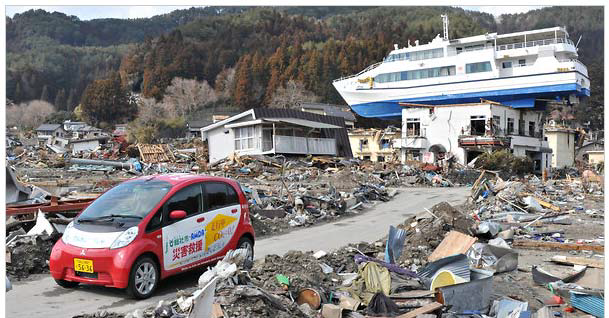 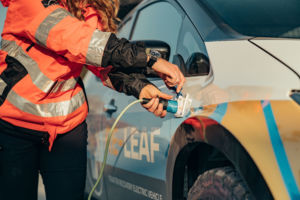 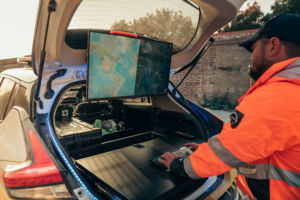 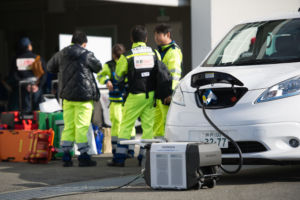 In the recovery efforts of the Great East Japan Earthquake in 2011, EVs were sent to help with rescue activities and medical aides, while petrol was not available till much later given the slow transport infrastructure recovery (road damage and petrol distribution network). Tsunami victims lacked heating devices in their shelter and needed to charge mobile phones and computers to stay connected with family and friends or to gather information. CHAdeMO’s V2X functionality to feed back the energy was born as such in 2012 (initial guideline), discussed and refined further before publication in 2014.

Since then, V2X is a standard feature of CHAdeMO, which is the only provider of the V2X functionality amongst the international DC charging standards. CHAdeMO V2X enables EVs not only to serve as mobile and back-up mobile power source in case of natural disasters and blackouts, but also to help the grid stabilise and become greener. CHAdeMO members offer production type vehicles and bi-directional chargers readily available in the market.

Nissan last month revealed a concept prototype of their LEAF with modifications to navigate obstructed roads covered in debris, raising the ride height and providing underfloor protection to facilitate driving into the centre of a disaster zone.

This car named “RE-LEAF” features weatherproof plug sockets mounted directly to the exterior of the vehicle, which enable multiple 110- to 230-volt devices to be simultaneously powered from the car’s lithium-ion battery using CHAdeMO’s V2X function, and can provide a fully mobile power supply to aid the recovery process such as running medical, communications, lighting, heating and other life-supporting equipment.

An EV with a fully charged 62 kWh battery, Nissan explains, can provide enough electricity to power the average European household for six days.
In Japan, CHAdeMO vehicles have been actively participating in the post-disaster recovery efforts. More and more disaster countermeasure drills in Japan involve these V2X devices.

In September 2019, when the most powerful typhoon on record in the Kanto Region in Japan, Typhoon No. 15, inflicted extensive damage to various areas of Japan. In the Chiba Prefecture, which was in the typhoon’s path, blackouts continued for a long period of time in multiple dotted zones because both damage to the power system and traffic interruptions caused delays in the recovery work. CHAdeMO member companies Toyota, Nissan, Mitsubishi and Nichicon provided EVs, PHEVs and V2L (vehicle-to-load) devices, which supplied the needed power to help support the post-disaster recovery work and people’s daily lives at places like public facilities and nurseries.

Electric vehicles are emerging as one of the technologies that can improve resilience in the power sector. By having thousands of EVs available on standby, either as disaster support vehicles or plugged into the network through Vehicle-to-Grid, they’re uniquely capable of creating a virtual power plant to maintain a supply of energy.

Source: Nissan press release https://global.nissannews.com/en/releases/nissan-re-leaf-power-when-its-needed-where-its-needed, a video of RE-LEAF in action also available on their site