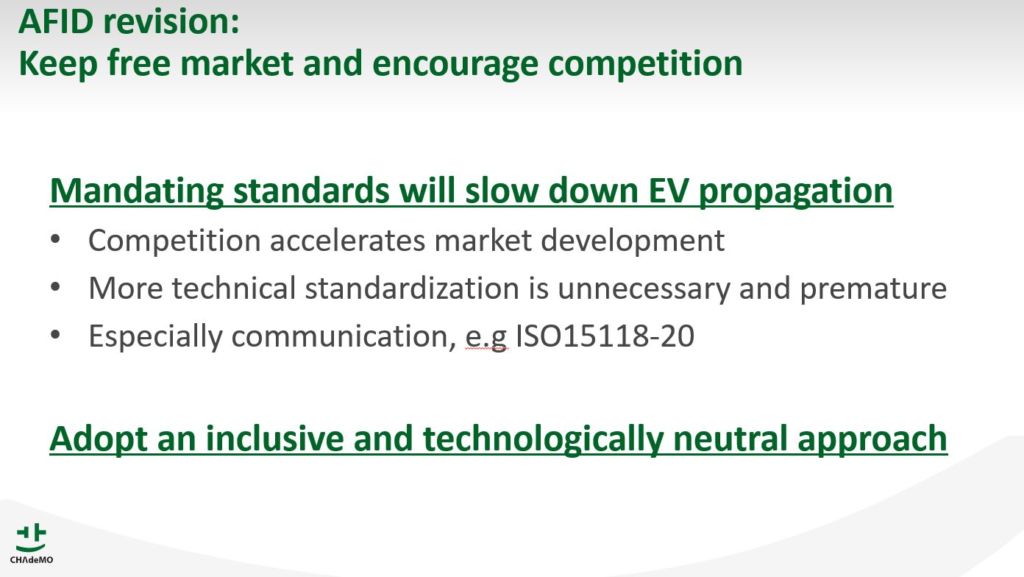 Drawing on the first EV-charging standardisation-related disagreement that he witnessed in California in 2001, which “eventually killed the legendary EV1 of General Motors,” Mr Anegawa emphasised the importance of competition to accelerate EV adoption and alerted that mandating specific standards and excluding other technologies would lead to technological lock-ins.

Mr Bracklo brought up the internet as an example and argued that we need a Microsoft-OS-type standard for the development of EV charging. Mr Anegawa shared his view about Microsoft OS not being an IEC or ISO standard, and that free market competitions with various players including Apple (which he personally prefers) were indeed what drove the development of the industry. He warned once again that mandating particular standards at an early stage of EV uptake would be premature and would risk slowing down the market development.

From the European Commission side, Mr Volkery clarified that the role of the European Directive was not standardising and indicated the need for delegated actions in the upcoming revision of the AFID (2014/94/EU) for more technical discussions.