Northern Ireland is installing 14 rapid charge points across its province

By cutting the time needed to charge an electric vehicle to as little as 30 minutes, the ABB Terra 52 fast chargers are extending the practical daily range of electric vehicles, allowing drivers to charge quickly and continue a long journey.

The fast chargers form a part of the ecar Project, led by the Department for Regional Development and the Department of Environment. The charge points are owned and operated by Northern Ireland Electricity. The ecar Project has established a network of charging points in major towns and cities across the province.

Irene Breen, ecar Project Manager, comments: “Rapid chargers allow motorists to make long journeys without having to stop for several hours to charge. The 30 minute fast charge allows a comfort break or quick coffee as part of a long journey. As such, they are important in allowing ecar to offer a realistic alternative beyond the urban commuter type user.”

Unlike domestic charge points, which take up six to eight hours to charge an electric vehicle overnight, the ABB Terra 52 is a multi-standard rapid charging station designed to simultaneously charge a vehicle in 30 minutes or less. Designed for use at petrol stations, highway locations and in busy urban areas, the ABB Terra 52 provides drivers with the ultimate full power, fast charging experience.

The ABB Terra 52 combines a stylish, rugged design with leading technology. Its multi-standard/multiprotocol design means the ABB Terra 52 is compatible with all electric vehicles currently on the road. Providing direct current (DC) charging at 50 kW, it supports the global CHAdeMO standard, which promotes a standardised connection for fast charging. The ABB Terra 52 also conforms to EN61851-1, the standard for alternating current (AC) charging up to 22 kW which is compatible with electric vehicles, new and old.

ABB won the contract to supply ecar with fast chargers based on its experience of building the world’s first nationwide electric vehicle charger network in Estonia, a project which saw 165 chargers deployed in 12 months. A similar project in Denmark saw ABB install 50 chargers in only three months.

Seven of the ABB fast chargers for ecar are already in operation, with nine Terra 52s due to be installed and operational before the end of March 2013.

ABB (www.abb.com) is a leader in power and automation technologies that enable utility and industry customers to improve performance while lowering environmental impact. The ABB Group of companies operates in around 100 countries and employs about 145,000 people. 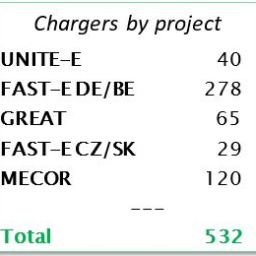 Over 500 EU-funded, multi-standard fast chargers to be deployed on European roads 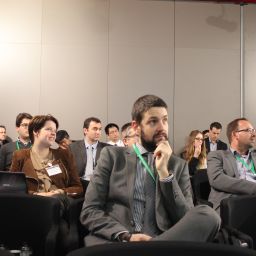 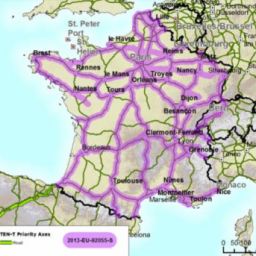 EU-funded multi-system fast charger installation projects accelerate in 2015
We use cookies to ensure that we give you the best experience on our website. If you continue without changing your settings, we'll assume that you are happy to receive all cookies from this website. If you would like to change your preferences you may do so by changing your browser settings. Find out more.