The European Parliament has adopted today with overwhelming support the final draft for the Directive on the deployment of alternative fuels infrastructure.

The European Parliament has adopted today with overwhelming support the final draft for the Directive on the deployment of alternative fuels infrastructure(1). CHAdeMO Association welcomes the decision by Europe to endorse the dual-standard approach to DC fast charging. By clearly recognising “multistandard recharging” and protecting the interest of the first-mover EV drivers as well as Member States, EU has aligned the legislation with the present state of the market and left the door open for future evolutions.

The recital(2) of this directive clearly advocates that existing EVs shall continue to be able to charge, and that the existing infrastructure remain in operation without retrofitting or any arbitrary “transitional period.” CHAdeMO appreciates this as a clear recognition of the over 1,000 CHAdeMO chargers currently in operation in Europe, servicing 36,000 users every day.

Toshiyuki Shiga, the President of CHAdeMO Association, says that “Europe sends loud and clear a message to reassure EV drivers that they have made the right choice and that multistandard chargers are the answer to allow all EV drivers to charge at all stations.”

According to the final draft of the Directive, all Member States, starting 3 years after the entry into force of this law, shall ensure that DC fast chargers accessible to the public be equipped “at least” with one Combo2 connector(3) . In the context of the market reality in Europe, where the mainstream products host multiple types of connectors, this wording would allow both CHAdeMO and Combo2 connectors to together service most fast- chargeable EV drivers today with a single charger, for an indefinite duration of time.

We believe that this political decision shall speed up the deployment of DC fast chargers in Europe, leading to an accelerated adoption of EVs. EU has taken an important step forward to achieving its goals to reduce the EU transport sector’s dependence on oil and curb its climate impact.

(1) Full text can be found here

(2) Recital 15(a): Interface to charge electric vehicles could include several sockets outlets or vehicle connectors as far as one of them complies with Annex III.1.1 and 1.2, so as to allow multistandard recharging. However, the choice for the EU common Type 2 and Combo 2 connectors for electric vehicles should not be detrimental to Members States having already invested in the deployment of other standardised technologies for recharging points and should not affect existing recharging points deployed before the entry into force of this Directive. Electric vehicles already in circulation before the entry into force of this Directive should be able to recharge, even if they were designed to recharge at recharging points that do not comply with the technical specifications set out in this Directive.

(3) Article 4.3: Member States shall ensure that high power recharging points for electric vehicles (…..) deployed or renewed as from [36 months from the date of entry into force of this Directive] comply at least with the technical specifications set out in Annex III.1.1.2. Annex III.1.1.2: Direct Current (DC) high power recharging points for electric vehicles shall be equipped, for interoperability purposes, at least with connectors of Type “Combo 2” as described in standard EN62196-3. 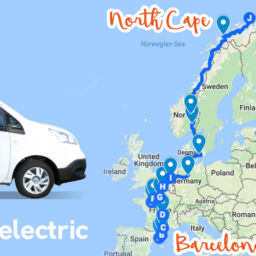 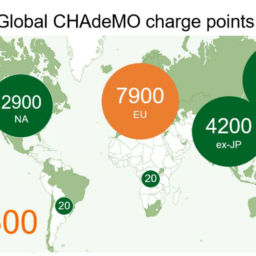 CHAdeMO crossed the global 20k mark with Europe leading in installation
We use cookies to ensure that we give you the best experience on our website. If you continue without changing your settings, we'll assume that you are happy to receive all cookies from this website. If you would like to change your preferences you may do so by changing your browser settings. Find out more.