From today, Bratislava & Košice are connected by a network of charging stations for
electric cars. The stations were inaugurated by the mayors of Bratislava and Košice
Milan Ftáčnik and Richard Raši.

On May 15, 2014 GreenWay introduced into operation a network of 15 quick charging stations for electric cars throughout the route between Bratislava and Košice, thereby effectively connecting the two metropoles of western and eastern Slovakia, making clean transport with electric vehicles available throughout the country without restrictions. The introduction of these charging stations into active operation was also attended by the mayors of Bratislava and Košice Milan Ftáčnik and Richard Raši who symbolically opened the Bratislava – Košice route for electric cars.

The GreenWay charging infrastructure is moving ahead of government objectives as set in the Development Strategy of Electromobility in the Slovak Republic and its impact on the national economy of the Slovak Republic, which assumes that by 2020 one charging station should be built per every 60 km of long distance roads in Slovakia. The document currently awaits merely the approval of the Government while the company GreenWay is gradually introducing its individual objectives into practice.

According to the director of GreenWay Peter Badík, “this is a historic moment for Slovak electromobility, since as of today you can travel in an electric vehicle from Bratislava to Košice without restrictions”.

Richard Raši, the mayor of Košice, added that “making this route available is indeed an exceptional moment since electromobility will finally be able to operate nationwide without restrictions, and in doing so it pulls down one of the imaginary boundaries between the west and east of the Slovak Republic”. Mayor Raši also added that “the city of Košice is very open towards the topic of electromobility. We decided to provide the owners of electric vehicles with free parking throughout the city and in the future we will look for further ways to bring electromobility even closer to people of Košice.”

At the opening ceremony the company delivered 10 electric vehicles Nissan Leaf to a client in eastern Slovakia, to inaugurate the entire infrastructure into daily operation. One of the advantages of using an electric car are operating costs which are four times lower than those of a vehicle running on diesel. The said route from Bratislava to Košice will thus cost less than €10 per car.

GreenWay used this occasion to introduce a program which allows any owner of an electric car registered in the Slovak Republic free charging via their infrastructure. A precondition is that the owners register their electric vehicles by the end of August 2014 via the site www.plug-in.sk. For others, GreenWay will introduce in the near future a range of programs allowing easily access to the entire charging infrastructure.

GreenWay is a socially responsible company governed by the idea that an ecological business can also be an economically advantageous one. GreenWay develops, builds and operates an infrastructure of battery swapping as well as charging electric vehicles. Greenway also leases electric vehicles with programs that include full electric car services for customers. The company has created its own information system to simplify the use of electric vehicles. The company does its utmost to maximize its clients’ travelled kilometres. 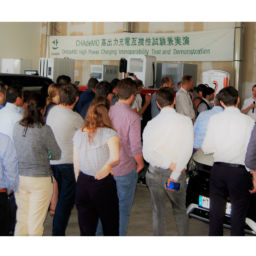 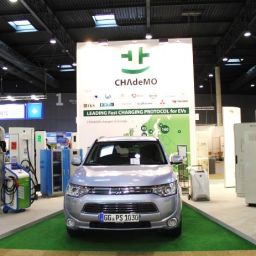 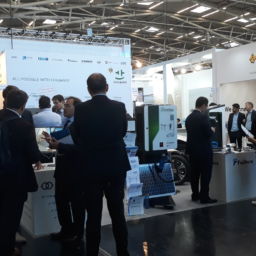 CHAdeMO booth at eMove360 2019 in Munich
We use cookies to ensure that we give you the best experience on our website. If you continue without changing your settings, we'll assume that you are happy to receive all cookies from this website. If you would like to change your preferences you may do so by changing your browser settings. Find out more.